There are a lot of lessons to be learnt from the Abba Kyari affair, especially by law enforcement officials on reputation management and the seductive adulation of the public spotlight.

Abba Kyari: The Celebrated Super Cop and the Unsung Heroes
By Yushau A. Shuaib 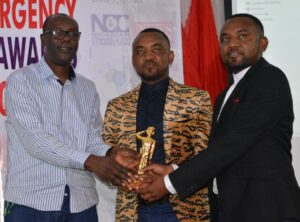 In September 2019, over a dozen entries were received nominating DCP Abba Kyari for a certain category of the First Security and Emergency Management Awards (SAEMA). At that time and up till recently, the now-suspended police officer was the most celebrated crime-buster in the Nigeria Police Force, leading him to be given the sobriquet of a “Supercop” for his extraordinary, if not close to legendary, prowess in tracking down and nabbing armed robbers and kidnappers.

The Chairperson of the awards panel, retired Air Vice Marshall Mohammed Audu-Bida, while considering other factors, urged members of the panel to reach out to senior officers in the security services for their comments on the process and probably put forward more nominations of potential awardees in the various categories being rewarded.

Thereafter, more nominations of gallant but unsung security personnel were received, especially from the Police, which have many officers who are mostly involved in intelligence and combat operations.

The former FCT Police Commissioner, now Assistant Inspector General of Police (AIG) Bala Ciroma, had eloquent testimonies of how he had led officers and men of the Command in discreet operations that culminated in the arrests and occasional elimination of vicious armed gangs that were terrorising and abducting innocent people. Some of the cases and suspects were subsequently referred to the Force Headquarters or other security services for further actions.

Rather than accept his nomination, Ciroma had suggested a very thorough and disciplinarian female police officer, CSP Olabisi Davies, who was DPO at Wuye, which had become one of the most peaceful districts in Abuja. The policewoman was always on patrol at night, seeking out those involved in nefarious activities, usually under the cover of darkness. She also had a track record of successfully turning young offenders into productive citizens through counselling in the district.

Similarly, one DCP Kolo Yusuf, who had also led his team to capture over 100 kidnappers terrorizing innocent people in mostly the North-West and North-Central zones, politely declined his nomination for an award but rather recommended the twin police officers, Hassan and Hussaini Gimba, who were noted as developing remarkable profiles in crime-fighting in his team.

The twins have appeared on several verified videos clips interrogating arrested criminals, whose sophisticated weapons and arms had equally been wrested from them and put forward as exhibits. Strangely too, the twin officers had insisted that unless the Police Headquarters endorsed their nomination, they could not honour the award events.

There was also another counter-terrorism police officer, CSP Ibrahim Mohammed, who had not only competently engaged ISWAP/Boko Haram terrorists in combat, but had led his team on several rescue operations involving citizens, including soldiers, who were delivered from the vice-grip of the insurgents in Borno State.

In fact, the story of DCP Tunji Disu, who replaced Abba Kyari, constitutes another chapter entirely. Disu has saved many lives, especially those of youths and young graduates, who could have found themselves either as victims or engaged in fraud and other criminal activities. It was only when it had become absolutely necessary, and there was unassailable evidence of wrongdoing that Disu ever agreed to the public parade of crime suspects.

There are indeed many security personnel in the Force today, who are performing exceedingly well in their areas of responsibility and would rather keep low profiles than cultivate unnecessary public exposure, due to the sensitive nature of their assignments. They are the unsung security personnel but highly dedicated to the protection of the lives and properties of which only a very few are ever celebrated.

While it is regrettable that Abba Kyari allowed overzealousness, exuberance and indiscretion to define his actions in his security and law enforcement duties, I would rather blame the society, his media handlers and the Police Force for what is now deemed as his fall from grace to grass.

Even though society naturally appreciates the gallantry of our security agencies and officials, it was quite unfortunate that many top public functionaries and business people were inviting DCP Kyari to their events and posting such engagements in the media to ratchet up their social standing. And yet ill-advisedly too, instead of becoming very cautious about some of these outings, Kyari appeared to have gotten carried away and revelled in the spotlight, leading to the abuse of the privileges and disposition of his sensitive strategic positions, in hobnobbing with people of questionable integrity, and equally posting these on social media platforms.

While the media developed interests in his exploits as a crime fighter, they allowed him or his media handlers to promote his efforts, rather than those of his team to the high heavens. This became one of his major Achilles heels. There is a huge gulf between the practice of public relations and the indulgence in publicity as an end in itself. In PR, not all activities need to be publicised or promoted because of the potential fallouts of such exposure. Some publicity in terms of policing or security duties could end up enabling the reprisal intents of the targets of one’s exertions, besides the envy of peers and enemies that comes which such territory.

As an institution with moral and ethical values, the Police appeared not to have been able to tame Kyari, even when he was showing up in very lousy places for the glitz of the celebrity showcase. Instead of reprimanding and curtailing him, the command seemed to have gotten caught up in the cult of the celebrity of an individual, rather than the celebration of the team. In fact, when his younger sister got married in 2019, the creme de la creme of society ‘stormed’ Maiduguri, including the then Inspector General of Police, among top dignitaries, in what was a high society event witnessing guest arrivals in different aircraft.

Meanwhile, DCP Kyari’s case still hangs on the balance. Before the American FBI went public in indicting him, as it has done, it ought to have contacted its Nigerian counterpart with the overwhelming evidence it had against the super cop, as it is traditionally the case. Even at that, it might be difficult to perfect the extradition of Abba Kyari to the United States of America on technical grounds, alongside other militating factors. Similar indictments by the American system against prominent Nigerians were not consummated in the extradition of these personalities. There was the case of a politician, Senator Buruji Kashamu, indicted for alleged illicit drug peddling, which was ongoing before he died, and there is the example of the owner of Air Peace, Allen Onyema, over money laundering claims, as recent references.

While he could attempt to hide under the concept of an agent provocateur to defend himself in this situation, nevertheless his work as an undercover operative is not known. In fact, agent provocateurs are expected to act as secret agents encouraging suspected criminals to carry out their illegal activities as a way of obtaining evidence. However, Abba Kyari could not be said to fit into this role because he has been widely promoted as a known or overt crime fighter.

My greatest concern has been the huge damage this affair has done to our law enforcement services, as a well-decorated officer considered as one of our finest, who had taken enormous risks in resolving fighting crime and saving lives (winning laurels, accolades and swift promotions) is suddenly discovered to have gone rogue or compromised at some point.

There are a lot of lessons to be learnt from the Abba Kyari affair, especially by law enforcement officials on reputation management and the seductive adulation of the public spotlight.