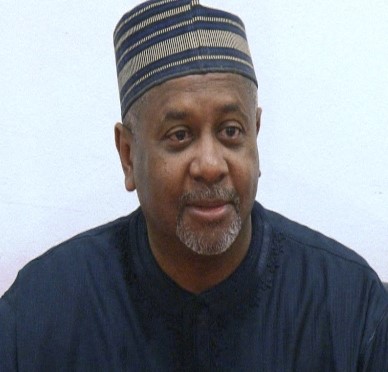 Sambo Dasuki: An Encounter with Spymaster – By Yushau A. Shuaib

When the erstwhile super Finance minister, Ngozi Okonjo-Iweala compelled the termination of my appointment as a civil servant after serving my nation for nearly 20 years, I returned to my hobby of writing. My retirement, which I am still contesting in court, was because of a single article (Ngozi Okonjo-Iweala and Controversial Appointments) out of the over 200 I had written since my university days in Bayero University Kano.

Not only was I retired prematurely, many institutions and individuals in government became afraid of associating with me for fear of victimisation. I had been stigmatized as the “Rebel in Civil Service.”

Surprisingly, while many agencies of government and managements distanced themselves from me, I received massive goodwill from the media who not only stood by me but provided their platforms for my works.

Meanwhile few top public officers do secretly seek my professional advice in public relations management. There is an instance when one of the spokespersons in the Presidential Villa sought my intervention about a report on First Lady Patience Jonathan in Sahara Reporters, which was considered inaccurate. Since I am a beneficiary of media goodwill, I called Omoyele Sowore, the Publisher of Sahara Reporters to correct the erroneous aspect of the said report.

“Shuaibu, you are either crazy or unserious! Why do you want to defend those that tormented and sacked you from the public service?” Sowore was serious concerned.

I took time to explain that there is a major difference between my person ‘Shuaib’ a Nigerian who has right to his personal opinion and conviction and Shuaib who now represents a PR consultancy for professional attainment and contentment. I assured him that I will continue to express myself through opinion writing while engaging in media relations for my clients. Sowore accepted to publish the Presidency’s response on Patience Goodluck Jonathan and subsequent press statements from that office.

Curiously, there were very few top functionaries who stood by me and showed support during the critical period of my life. Sambo Dasuki, the former National Security Adviser (NSA) was one of them.

It was after attending a workshop organised by The Netherlands Embassy for security agencies where I presented a paper and also published an article (Debating Government Media Relations) that I received an invitation to meet with NSA. I wrote on that first encounter too with Dasuki: (Sambo Dasuki on Security Media Relations)

During our first encounter, I was furiously criticising everything about President Jonathan and his administration. Dasuki was very attentive, probably thinking that my bitterness was informed by my sudden exit from the service.

Dasuki attempted to influence my return into the service but I was reluctant. I had decided to rather work for government but not inside government so as to enjoy my liberty of self-expression and doing what I like rather than being another subservient civil servant. I nevertheless obliged his request that I should provide him daily media content analyses that should include suggestions and recommendations. I recruited highly brilliant, young but unemployed Nigerian graduates into my team.

In the course of our occasional interactions, Dasuki was always open and transparent about information. He once told me how himself and two young military officers (they are still alive) travelled to Jos to brief Major General Buhari who was then the GOC of 3rd Armoured Division on the furtherance of the planning of the 1983 coup which made Buhari the major beneficiary of the ouster of the elected President Shehu Shagari. He even told me how Buhari expressed his bitterness about insinuations on his stewardship in one of the public institutions. Dasuki assured the then GOC not to worry about such reckless and mischievous insinuations.

I asked why he participated in the ouster of Buhari just less than two years afterward. He simply answered that General Buhari should know whom he should blame.

Probing further, I enquired how he treated Buhari on the day of the August 1985 coup. His exact response goes thus:

“I always respect and dignify my seniors and those in positions of authority whether in service or after. Though a young officer, I was reluctant to be among those that arrested him. And I was not. I only met him afterward at Bonny Camp with Lawal Rafindadi. There is no way I could have maltreated him as being alleged in some quarters. I am glad most of the actors are still alive.”

Dasuki told me the story of how himself and some others confronted late General Sani Abacha over June 12 election which was won by Chief Mashood Kashimawo Abiola (MKO). This led to their premature retirement. The persecution that followed forced him into exile where he teamed up with opposition elements struggling for the return of democracy in Nigeria.

Apart from serving as Managing Director of Nigerian Security Printing and Minting Company (NSPMC) after the return of democracy, Dasuki had engaged in legitimate international businesses, mostly outside the country.

On his roles in politics, Sambo Dasuki narrated how he supported the campaign aspiration of Muhammadu Buhari for Presidential elections in 2003, 2007 and 2011. In fact, he mentioned names of individuals who were also privy to his active involvement including respected Northern elements like Adamu Adamu, Bashir Kurfi, Wada Maida, Sule Hamman and Kabir Yusuf among others.

The major shocker for me in his narratives was his campaign for Buhari to emerge the joint candidate of ACN and CPC in 2011. He disclosed how he pleaded with Asiwaju Ahmed Tinubu in the presence of Bisi Akande to accept Muhammad Buhari as the joint Presidential candidate for ACN and CPC. Dasuki stated that he knelt down begging ‘Baba Bisi Akande’ who was then Chairman of ACN that “General Buhari is a man to be trusted.”

In their belief that Yorubas and South Westerners are never religious fanatics especially regarding politics, Dasuki and his group suggested that Tinubu should be a running mate to Buhari. When other elements opposed that proposition, Tinubu team therefore recommended a Buhari-Osinbajo ticket. Unfortunately, the ticket failed to stick as Pastor Tunde Bakare was eventually pushed forward by other forces.

Watch out for Part II: The Spymaster and Soft Approach to Countering Terrorism and Dasuki’s support for President Jonathan