Home » An African’s Memo to Arabs and the West

An African’s Memo to Arabs and the West
By Yushau A. Shuaib 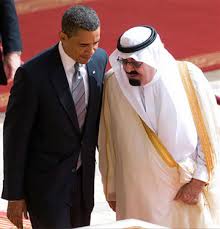 I am in a state of total confusion by the way and manner global affairs are being shaped by largely activities of Arabs World and the Western Powers.

You may appreciate my bewilderment only if you tune in to any broadcast channel from these two axis. What we see on daily basis are cold blooded shedding of human blood for spurious reasons ranging from attempts to enthrone democracy, propagation of religion and enforcement of rigid ideologies.

We are living witnesses to how notoriety and barbarity is now becoming the feature of normal modern lives: the use of swords and knives to behead human beings; mass-execution of citizens, aerial bombardments of innocent souls among various other atrocities that only depict scenes from horror movies.

A careful analysis of these developments will clearly reveal that they have their genesis in certain activities emanating from Arabia and Western powers.

Probably realising the gravity of the danger that these recent developments are posing to our world especially considering situations in Syria, Iraq and other parts of the Arab world, President Barack Obama of the United States of America (USA) recently sought an alliance with some Arab leaders towards eliminating the emerging challenges from the Islamic State in Iraq and Syria (ISIS) a group that has already occupied some large territories of those beleaguered countries.

The Arab World and Western Powers should realise that the world was saner until the unfortunate incident of September 11, 2001 infamously referred to as 9/11 in the United States where over 3000 citizens from different countries around the world perished in a terror attack masterminded by Al Qaida.

Almost all the suspects and those that admitted complicity in the attacks were Arabs.

In a desperate attempt to redeem its image against intelligence in the build up to that event and reassert itself as superpower, the American government led an alliance that invaded Afghanistan, the haven of Al-Qaida and its leaders. Thousands of lives were lost in that expedition.

While many would support the attacks on Afghanistan because it is the home of Taliban, subsequent incursions into other countries by the West were quite inimical to world peace and global survival. At that period, Iraq was relatively peaceful and there has been no evidence that it was involved in state terrorism since the defeat of Sadam Hussein since the end of First Gulf War.

Just like a tide from the blues, America and Britain brought allegations that Iraq under Saddam had stockpiled Weapons of Mass Destruction (WMD). The allegation were engineered and triggered by some leaders in the Arab world who despised Saddam so passionately not minding that they were those arming him decades earlier to fight the Iranians who are non-Arab.

Within a short period, Iraqi leadership were destroyed, their military bastardised, their people mercilessly embarrassed and killed in various activities, which were also supported by some Arab countries who provided western powers the base for the attacks on Iraq.

Not done, Libya, a peaceful African-Arab country, with better welfare for its people under Muammar Ghaddafi later became another country that was attacked through the influence, collaboration and conspiracy between the Arabs and the West by instigating the revolts by citizens who became rebels against their government. We recall the noise from western powers, especially the Britain and France before the aerial bombardment of Libya by allied forces. Ghaddafi was brutally murdered in cold blood and the Libyan the military and police, like the case of Iraq were also bastardised and humiliated.

Not done with experimentalism of military adventures, Syria became another target where the Arab World and Western Powers again sponsored rebellions against the state in desperate efforts to remove Assad.

Before the early protests in Damascus, Syria was one of the most peaceful governments under democratic rule in the Arab world. It is an open secret that Arab leaders are publicly supporting illegal oppression of Syria through the sponsorship and promotion of rebels against the Syrian government and its military.

While Western powers claim that their intervention is to enthrone democracy most of their Arab allies who are supporting the rebels in Iraq, Syria and Libya and other places are not democratic.

I am bemused when some of the crises are linked to religious propagation and enthronement of democracy. The fallacy of the islamisation theory or conspiracy is easily exposed in realization that the affected Arab countries that are predominantly Muslims witness the killing of Muslims by Muslims. Arguments about democratisation in the Arab World is easily defeated as most Western allies in that region are monarchical rather than democratic as they are ruled by Kings and their families.

As the world faces challenges of insecurity, we must call on Western powers and their allies in the Arab World to give the rest of the world the peace we desire for the survival of the universe as events in Africa are pointing to similar clandestine interruptions through insurgency and terrorism with clear support from global players.

May I appeal to Western Powers and the Arab World to kindly spare the continent of Africa the kind of barbaric atrocities being perpetrated daily and over the years in the Middle-East in the name of Islamization and enthronement of western democracy.

As an African from Nigeria, I tend to smell rotten fish that if Africans refuse to face and squarely address the current insecurity in the continent, our land may become the next arena for deadly experimentation through bloodshed in the name of religion and democracy.

As an African Muslim with many Christian friends and even non-believers in faiths, I am fully convinced and aware that no religion, creed and culture promote animosity, hatred and criminal violence. My prayers is therefore for our leaders and people to learn from this history in motion while we appeal to the Arab World and Western Power to give us breathing space.