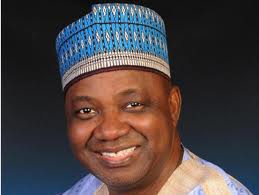 By Yushau A. Shuaib
The Nigeria’s Vice President, Arc. Muhammad Namadi Sambo is a man with a strong conviction and unique character. At 60 year on August 2, 2012, he has come a long way as an architect, businessman, commissioner, governor and presently the second most powerful person in the most populous country in Africa.

This writer has never seen, not to talk of meeting Sambo face-to-face, except on the media, like most Nigerians. Nevertheless, this writer has a clear perspective on the person of the Vice President since his period as the Governor of Kaduna State between May 2007 and May 2010.

Working on a project that promote developmental journalism and economic development, with a special focus on the North, the writer was introduced to the then commissioner of Finance in Namadi’s administration, Mukhtar Ramalan Yero by Former Managing Director Bank of the North, Alhaji Yakubu Shehu. Within a short period, Yero made a case on the project to Gov. Namadi who in turn instructed his Principal Private Secretary Mallam Zakari Aliyu to provide all the necessary supports for its success. During the three years of his administration in Kaduna, the project received tremendous supports from the government. In fact Sambo’s spokesperson Mallam Sani Umar, was always on the phone reminding our team of the annually gesture.

The point from the above was to demonstrate the personality of Sambo who is generous to worthy projects from any quarters.

The politics of his nomination as Vice President in 2010 by President Goodluck Jonathan was a shocker to most political groups and factions that were engaged in supremacy battles to control the new administration after the death of President Yar’Adua. There were indeed pressures from various groups including the so-called Obasanjo’s faction, IBB Boys, Governors’ forum, Legislators camp, Danjuma team and other regional groupings. Pressures were so tensed that almost created divisions in the ruling party PDP, before Jonathan decided to pick a neutral and non-controversial candidate that was not in the contention.

Since his appointment as the Vice President, looking at Sambo from a distance, especially in the print and electronic media, one could see a person who has demonstrated ‘excessive’ loyalty to his boss in utterances, acts and deeds. His humility is unparalleled even among cabinet members whom he relates with seamlessly, unperturbed with his ever-smiling trademarks on his face.

He had encountered and surmounted some challenges, especially during the 2011 elections, where, not only was he defeated in his constituency in Kaduna, some groups and individuals were alleged to have booed and jeered at him. Surprisingly with well-armed security guards, he never allowed anyone to use force to fight back in retaliation. While some saw his defeat at the home front as humiliation to his person as a vice president, afterall almost every top elected public figure, governors inclusive used every trick, cohesion, intimidation and harassment to deliver their constituencies, Namadi believes in the will of God and the voice of the people.

Inspite of all that happened in the past, Sambo does not begrudge those that antagonize him but reestablishes and sustains mutual relationship with their leaders. He accords opposition leaders their due respects and attends social gatherings where loyalists and adversaries do converge in the spirit of exceptional statesmanship.

Going by his personality traits, he display no aura of arrogance and desperation for public office as the Vice President. His public outings and statements are devoid of ulterior motives. His position on various issues, whether as representations of his Boss, the President, or personal remarks, are done maturely, responsibly and sometimes eloquently delivered in tune with the public sensitivity and reality on the ground.

Unlike dichotomies that exist among some past Presidents and their deputies as well as governors and their lieutenants in ambitious cat-and-mouse games, President Goodluck is truly lucky to have Sambo as a humble, loyal and unambitious Vice President. Even while sometimes one could read some handwritings on the wall by fifth columnists and political sycophants, the situations are usually maturely controlled with the help of Sambo’s office before damages could be done.

Born on the 2nd of August 1954 in Zaria, Kaduna State, Sambo had his early education at Baptist Primary School, Kaduna in 1959 before moving to Kobi Primary School in Bauchi. He later attended Government Secondary School now Alhuda-Huda College in Zaria Between 1967 and 1971. He gained admission to study Architecture at the Ahmadu Bello university where he graduated with Bachelor of Science Degree in 1976 and Masters Degree (M.Sc.) Architecture in 1978. He was among the first set of architects in Bauchi State after its creation in 1976 where he was involved in the design of various offices and staff housing schemes to accommodate the influx of new government officials. He was the Architect responsible for the upgrade of the Yankari Games Reserve Holiday Resort during the period. He is also remembered for development of master plans for Bauchi Town and environs.

Between 1986 and 1990, he was appointed Commissioner in various ministries including Agriculture, Works, Transport and Housing in Kaduna State. He later left the government to continue with his career in private architectural practice. His firm was involved in the developments of the National Olympic Sports Complex and and other infrastructural facilities at the Games Village, Abuja.

Arc. Sambo currently chairs the councils of National Boundary Commission (NBC), National Emergency Management Agency (NEMA) and National Economic Council (NEC). He is a Fellow of the Nigerian Institute of Architects, Institute of Corporate Administrators of Nigeria among others.

This unassuming and loyal Vice President has shown some qualities that are disparaged by a few and emulated by many who have clear glimpse of his humility and simplicity to life.